Skip to content
Previous Next
NGC253, The Silver Dollar Galaxy 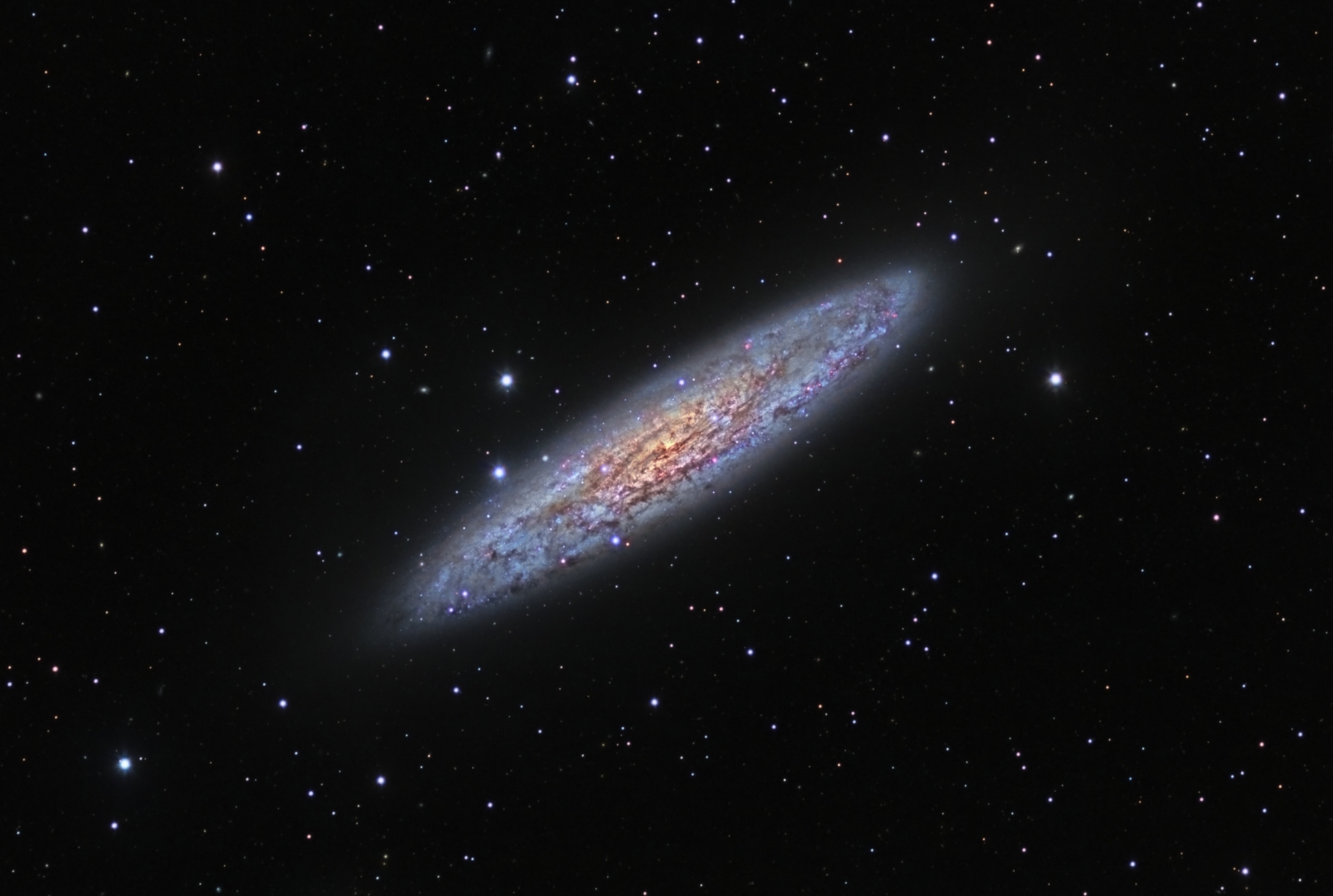 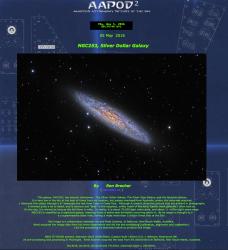 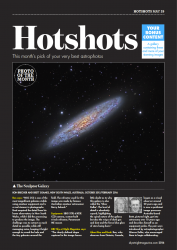 This galaxy, NGC253, has several nicknames:  The Silver Dollar Galaxy, The Silver Coin Galaxy, and the Sculptor Galaxy.  It is very low in the sky at the best of times from my location, but passes overhead from Australia, where this data was acquired.  I observed this object through a 6″ telescope the last time I was in Costa Rica.  Although it doesn’t show the colours that are evident in photographs, it showed quite a lot of detail, and is obvious and “bold” in the eyepiece, unlike many of the faint, barely-there galaxies I often look at.  On the sky, it is almost as long as the full Moon is wide.  In reality, it is about 70,000 light years wide, and about 11 million light years away.  NGC253 is classified as a starburst galaxy, meaning there is active star formation occurring within it.  At its centre is thought to be a supermassive black hole, having a mass more than 5 million times that of the Sun.  In the faint halo around NGC253, and elsewhere in the image, you’ll find dozens of other galaxies.

RGB:
Creation and cleanup: R, G and B were combined to make an RGB image which was cropped and processed with DBE and ColourCalibration.

Luminance
Cleanup: The L master was cropped to match the RGB and DBE was applied.

1.  Set RGB channels equal using RGBWorkingSpace.
2. Extract luminance from the RGB image.
3. Apply LinearFit using SynthL as the reference.
4. Use ChannelCombination in Lab mode to replace the RGB’s luminance with the fitted luminance from step 2.
5. LRGBCombine was then used to make a LRGB image using L as the luminance channel.

Final Processing
UnsharpMask was applied to the galaxy using a mask.  MorphologicalTransformation was used to reduce the size of the brightest stars, followed by a hue adjustment to reduce a pink cast in a few bright stars.  Contrast, brightness and colour saturation were adjusted in several iterations with the Curves tool, with separate adjustments were made for galaxy, background and stars using a mask.  At the suggestion of a couple of fellow astrophotographers, the entire image was brightened slightly to reveal more of the faint halo around the galaxy.