Skip to content
Previous Next
M45, The Pleiades Wide Field 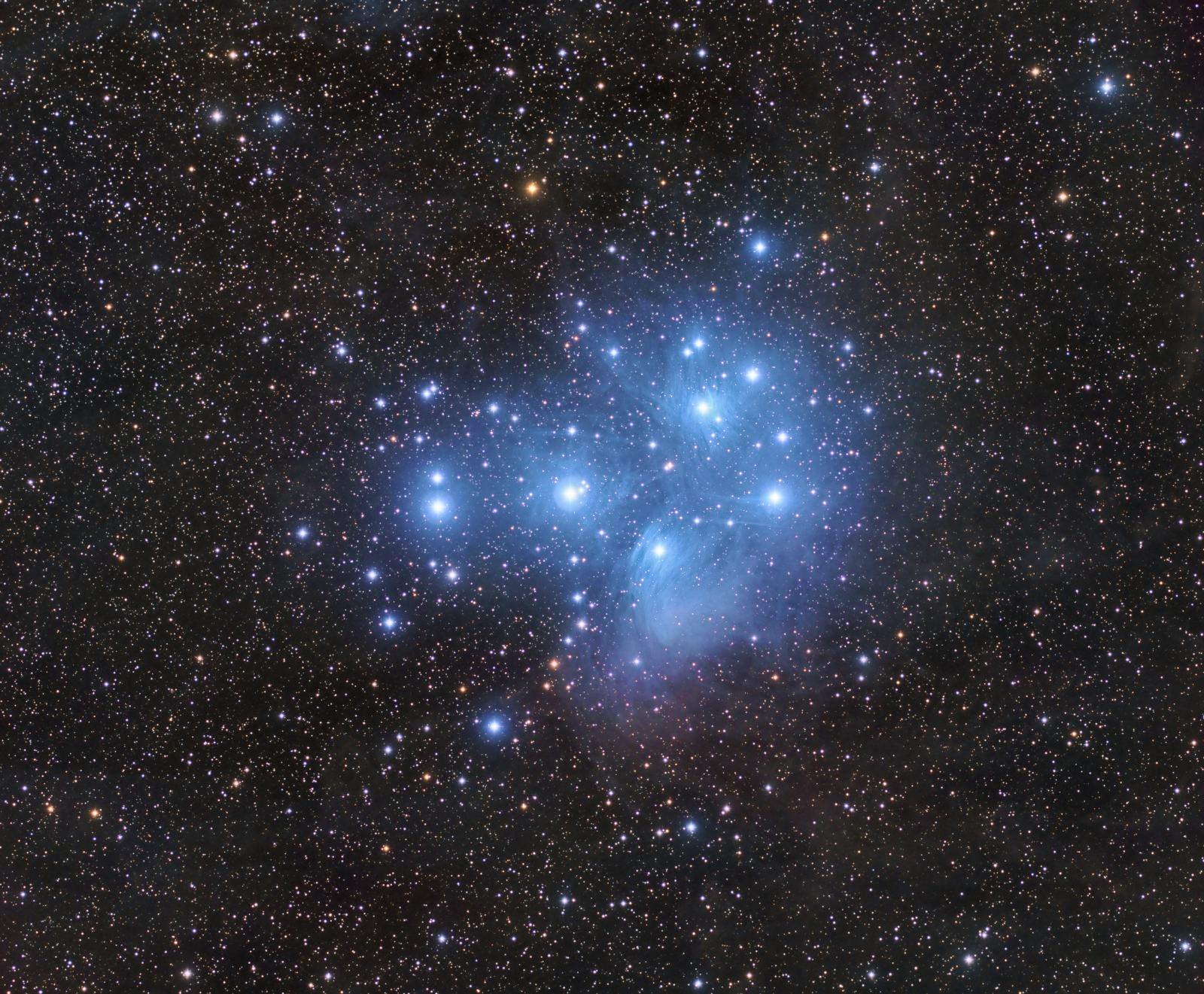 The attached image shows M45, better known as the Pleiades, or the Seven Sisters. In Latin America, it’s called “the Seven Kids”, as in baby goats). The Pleiades was observed and written about long before Messier catalogued it.  Galileo published a sketch in 1610 that showed 36 stars that he could see with his telescope. The earliest known depiction of the Pleiades is from is about 17,000 years old: a cave drawing in the Lascaux Cave in France. If you get a chance, have a look at this object through binoculars.  It is spectacular and well placed for imaging this time of year. 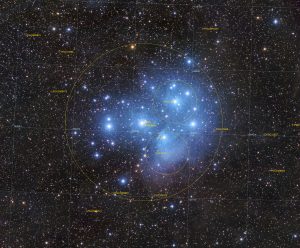 Although the Pleiades is the dominant object in this shot, there are also hundreds  of galaxies in this field, lying far in the background. I have posted an annotated image that highlights the location of some of them. I encourage you to load the image and zoom in to see the many galaxies in the field. In October 2016 I posted a higher resolution image that shows even more galaxies.

Additional Processing
Local Contrast Adjustment: HDRMultiscaleTransformation (6 layers, max contrast 1.5, strength 0.3, to Lightness) was applied to a copy of the image using a mask to protect the background and stars.  The result was blended with the original 40:60.

Final Steps: MultiscaleLinearTransform was used to sharpen the structures in the bright parts of the nebula (layers 2-3 at 0.10). Background, nebula and star brightness, contrast and saturation were adjusted in several iterations using Curves with masks as required.  The image was downsampled by a factor of 2 to restore the original resolution.