Skip to content
Previous Next
M82 with Supernova SN2014J 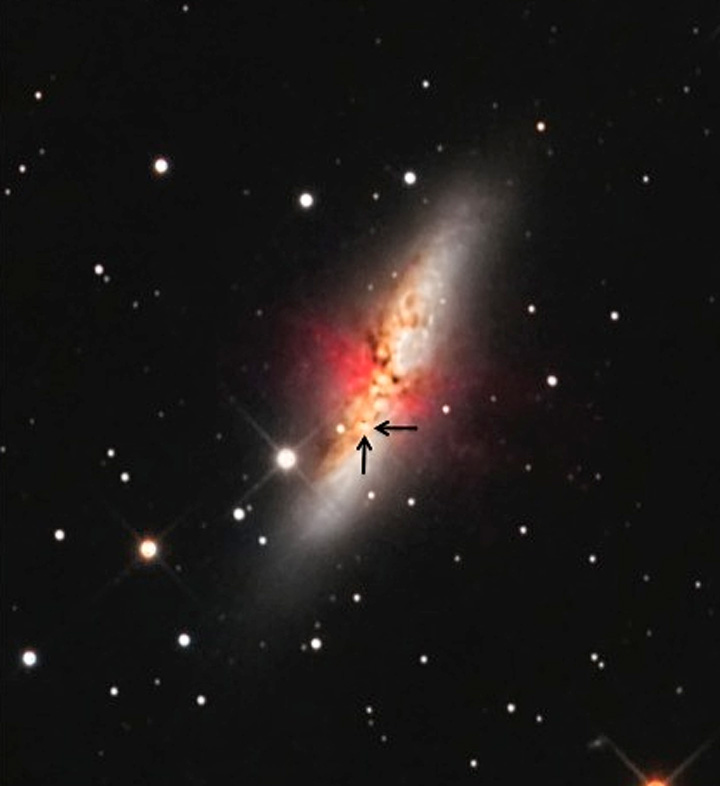 During the time I was taking a wide field  image of M81 and M82, a supernova (explosion of a massive star) had just occurred in M82.  It’s shown by arrows in this image.  In a short time it will fade…

The R, G, B, L and Ha files produced in MaximDL were each background-corrected with DynamicBackgroundExtraction, registered and cropped to remove edge artifacts.  R, G and B were combined into an RGB image and colour calibration applied.  The Ha was added to the RGB using the NB-RGB script in PixInsight.  The HaRGB image was processed with colour calibration, deconvolution and HistogramTransformation.

The luminance was processed with deconvolution and histogram transformation.  LinearFit and Lab Channel Combination were used to match the luminance of the HaRGB to the L.  The L was applied to the HaRGB using LRGBCombine. HDRMultiscaleTransform was used at 6 and 4 pixel scales on the bright parts of the image (with stars protected by masking).  TGV noise reduction was applied, and then LocalHistogramEqualization applied to the galaxies.  Contrast, colour balance and colour saturation were adjusted using curves.  Image scale is about 2.1 arc sec per pixel.